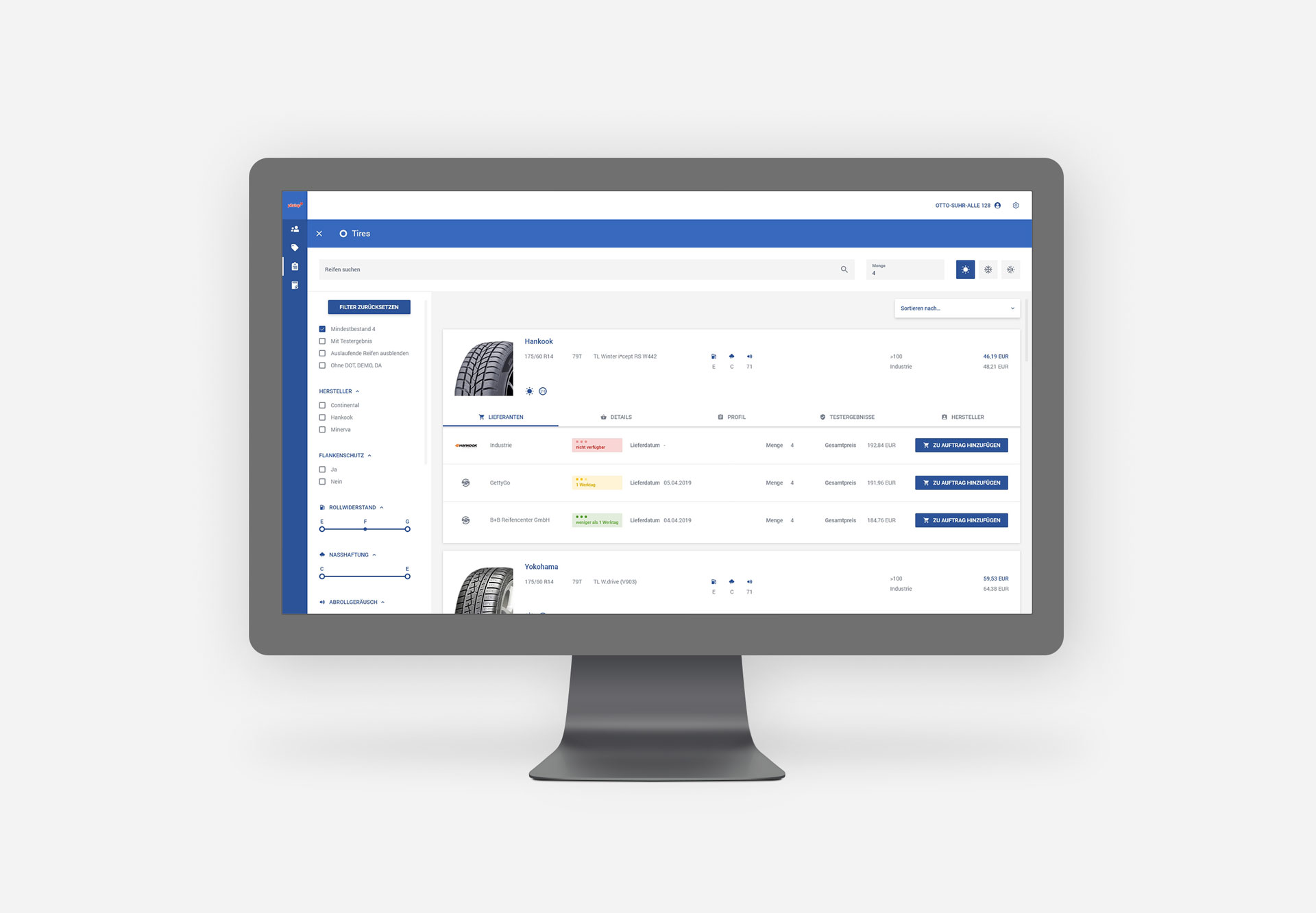 Pitstop is one of the largest garage chains in Germany having shops in almost every town all over the country. We developed a digital management system for all these garages which is the first standard software in company history used in every shop. Employees can manage every task in the garage from creating offers to handling orders, from inventory control to the cash system.
As a ux-ui designer I was part of an international team of developers working with Absolute Software and Visiondeck, two software engineering studios based in Hamburg, Germany and Faro, Portugal. I joined the team to get the project back on track design wise since the product owners hadn't been satisfied and the timeline got pretty narrow.

Bauer Media Group is a publishing company based in Hamburg. They publish about 600 magazines in 16 countries, including "Bravo" - Europe's biggest teenage magazine. About 11,000 people work for Bauer Media group.
When I worked for the Hamburg based agency Davies-Meyer, I took care of the relaunch of the corporate site of the company. As a junior art director I designed the detailed concept for the relaunch, creating user interface controls, designing the layout of pages and illustrating the company's history and growth with infographics.

As the color palette that had gotten much too big to ensure intuitive understanding I created a new one from scratch. Based on the corporate color palette of Pitstop I developed a color scheme for the management tool that would fit the Pitstop world while communicating all the essential information in a clear manner and making the user able to understand it intuitively in a busy workday.

When I started working on the project a consistent typographical system was non-existent in the application. Therefore we had to find a solution that would work for restructuring parts of the application that were already live with a hassle as low as possible and also for creating new designs for upcoming user stories.

In order to create a modular design system that developers could use to construct upcoming parts of the application we developed a lot of components consisting of single elements and compound objects.

Working with Scrum we divided the whole project into different user stories covering all the different areas and functionalities of the application one by one. For some of the user stories we had to come up with a user flow in order to find the best and easiest way to guide users through the process regarding all of the dependencies before we could move forward to designing the user interface. I mostly created these in collaboration with the product owners. Some of the user stories could be covered at hand building a straightforward user interface or just using existing components.